Apparently reading the Berenstein Bear book about Strangers is not really doing the trick with Addison. Today it was such a beautiful day outside (hello! 78 degrees....in July....in Kansas) that we had a picnic lunch at a nearby park. Addison immediately ran over to the nearest parent helping her kid on the slide and said "Hi! I'm Addison!" Then she did it again to two more adults. It takes her a little bit longer with other kids, but she usually says hi and plays with them. Today some elementary aged girls were playing and one said hi to Addison. Addison said "Just a minute! I need to get something!" She sprinted over to the blanket where I was sitting with Ainsley and started digging through my purse. Out came an empty sandwich bag! She ran over to the little girl and said "We can play catch the bag!!!" Unfortunately "catch the bag" did not sound as delightful to Addison's new friend, and Addison's excitement was met with a blank stare Oh well. "A" for effort right?

In napping news (which makes for an oh so thrilling post) I am willing to put my intense need to get out of the house on a daily basis on the back burner for awhile if it means Ainsley can get the rest she needs. Plus I am enjoying the extra time I have to read books and play games with Addison. I enjoyed Healthy Sleep Habits, Happy Child very much. Thanks for the suggestion Carmen, Em and Erica! I wish I had read it when Addison was little. Oh well. She survived.

I finally received my copy of Healthy Sleep Habits, Happy Child from the library. As I was perusing through it, I saw the action plan for babies 5-12 months old. Apparently they are supposed to wake up at 7:00, nap at 9:00, nap at 1:00, possibly nap at 5:00, and go to bed at 7. That's all fine and good, but when the heck am I supposed to go to the grocery store or take Addison to play with her friends? Why does it all have to be so complicated? I do like the book a lot though. This guy knows his sleep stuff.

When we were in the Springs Keri made this really good dinner. I copied the recipe down and made it tonight. Since it's so easy, cheap and GOOD I thought I would share it with you.

Chicken Succotash from Rachael Ray (we'll just pretend it comes from someone less annoying who doesn't shorten the words to everything, and who doesn't name her own brand of dog food a dumb name like Nutrish)

I couldn't find lima beans at Hy-vee, so I just bought a bag of frozen veggies and thawed them in the microwave a little bit. They worked just fine.

We served them over biscuits. Keri made hers, but I bought the kind in a tube. Before I went to the store I thought I'd try to make them from scratch to save money. I got there and they were only $1.08. Heck yeah baby!!!

You know this dinner is good when Devin said "This is good!" while eating it (refer to this post: http://blessedimperfection.blogspot.com/2009/06/hellooooo-friday.html

Check out my friend Julia's blog.

Why didn't I think of this?

Patrick Largen posted this on facebook and I thought it was too priceless not to post on my blog. I guess there's always my vow renewals. Then again, can you really see Devin doing this? I'm gonna go with a big fat no!


This post is dedicated to Jules, who literally got bit by a shark and needs a pick me up. No one likes to dance as much as she does.

Addison hosted a picnic for giraffe and her baby doll named Pablo, Tyrone, Riley or 2 (depending on the day). Here are some things I overheard during their picnic:

"Don't kick her! You're going in timeout!"

"You hit BJ and you hit kitty! You're going in timeout!"

"Do you need help eating your food?"

"Oh my gosh! Oh my gosh!" (when she spilled the plate) 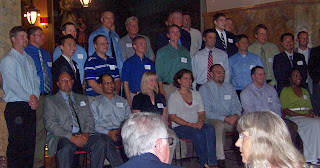 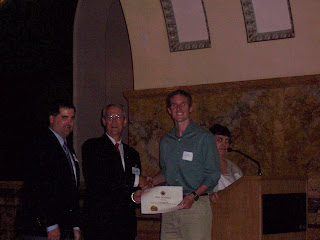 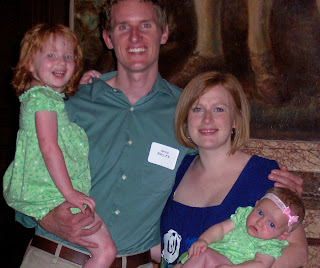 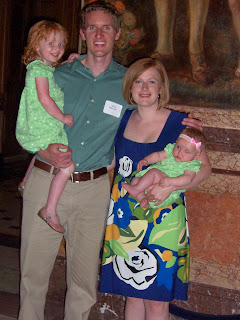 My parents came as well, and they took us to Granite City for dinner afterward! Yum!

This is how Addison decided to wake Ainsley up from her nap (to her credit, Ainsley was already awake). Thanks for the karaoke machine Grammy. Maybe we'll bring it back to your house! :)

Last night Devin was working late. I brushed Addison's teeth and then let her finish while I checked email/facebook until it was time to read her a story. I never heard anything from her, so about 10 minutes later, I went to check on her thinking she'd be downstairs playing or something. Nope. She is in her bed, fast asleep.

Today we were changing to get ready for the pool. As I'm putting my swimsuit on, Addison says "ewwww!" I look around to see what could possibly be disgusting her so. Oh, it's me. My naked body is deserving of an "ewwww." Guess that means it's time for me to hit the treadmill again. It's also time to have that talk about what is appropriate to say outloud. 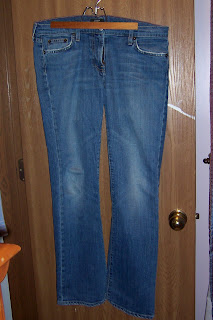 I bought these jeans at J-Crew 4 years ago. It was love at first try-on. They were the perfect jeans: tight at first, but not too tight. Low rise, but not too low. Plenty of room in the waist, but no sag-butt. Plus they stretched out just right after you wore them for a few hours. I wore them as long as I could until I couldn't make them work with my Addison pregnant body. Then, many, many, many months later I was able to squeeze back into them. It was a moment of joy to be able to wear those jeans again. They were badly torn on the bottom from being dragged under my shoe, but I kept on wearing them. Now they not only fit like a glove (well, sort of...) but they were soooo soft! I wore them as long as I could with Ainsley and then put them in my closet as my "target jeans." Well they fit now, which is great, but I came to the realization that just because something fits doesn't mean it looks good! Sure I can put them on, but the low rise look doesn't look quit as appealing as it once did. The extra room in the waist that I appreciated before now makes me look like a plumber. They keep falling underneath my post baby #2 belly. Plus I have a nice rythym going: walk two steps, hitch up pants, walk two more steps, hitch up pants. The last straw was when I was at Hy-vee in the checkout line and I mooned the cashier, two baggers, and everyone in line trying to fish Addison's chapstick from underneath the candy rack. Nope. This girl needs some nice mid-rise pants. No more low-rise jeans for me.

Yesterday Gap marked most of their jeans down to $19.99 and gave the employees half off that price (they're getting all new jeans in!). I came home from work with a new mid-rise pair of Long and Leans, telling Devin they were to replace the other ones. I tried on my tried and true J-Crew pair one more time, and felt myself getting a little sad. "Well maybe I should just keep them" I told Devin, "they don't look too bad" as I'm hitching them up for the 45,000th time. He laughed at me and reminded me that I unintentionally moon him everytime I wear those, when I'm on the carpet with the girls. Hmm. Enough said. This is how people end up on What Not To Wear with mullets, bad perms, tapered jeans, and red leather jackets. It all starts with a "well maybe it doesn't look so bad" and a husband that is too chicken to be honest. I'm glad I'm married to one who's not. 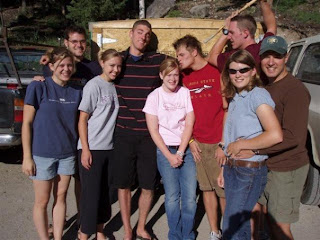 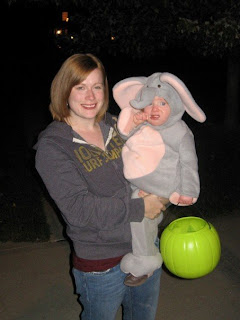 Let's just hope my new love-affair with mid-rise jeans doesn't turn into this:

Devin wants to wait til we're out of debt. Marie wants a cat right now. We'll talk in December. I realized I was putting a lot of my sadness over Gus into looking at kittens and thinking about how fun a new one would be. After our discussion/fight last night, I was putting away some stuff and found Gus' brush and it made me really sad. I had pushed down a lot of those emotions because I didn't think it was acceptable to grieve over a pet for more than a day or two. I'm still pretty sad about losing him. 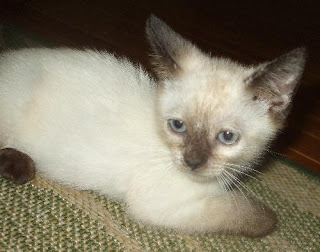 This is Darla. She is waiting at a foster home in Lenexa for me to adopt her. I'm ready now. Roxy needs a new companion. Devin doesn't want to adopt another cat yet. Sound familiar? He didn't want to get Roxy or Gus, but I was able to talk him into it. I am hoping by posting her cute little face all over the place he won't be able to resist. She is already our desktop background. :::sigh:::: who can resist a kitten? Apparently, my husband. :)